gdiaczyk Posted on May 12, 2016 Posted in Wildcat News

So our winner for the $300 gift card Andrew Garneau, was able to use the prize to have a model spaceship fabricated for his school science project. The experience has taught him much about aerospace engineering and he’s well on his way to becoming a creative and innovating engineer some day! Congratulations again Andrew!

For those who may have forgotten, the gift card was originally a door prize for our October 7th, 2015 eSAX event, which was won by Julie Ricard, who obviously had a heart for kids in science and technology and wanted them to benefit from such a great prize. She asked me to find a suitable candidate and I hooked her up with Owen Thompson from the YMCA who suggested St. Paul High School and put me in touch with them and the rest is history. 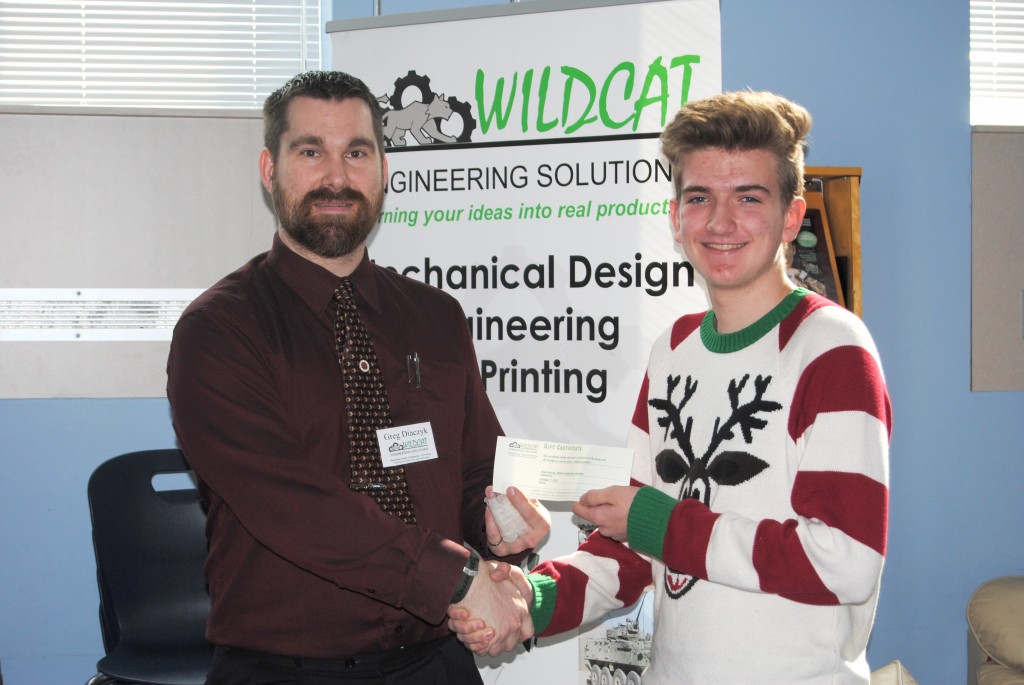