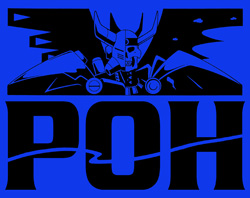 What can I say, its like a family gathering of Geeks and Gamers, all in love with Role-Playing Games under one roof and at the very place where the magic happens. I always find it amazing how Kevin (or should I say more Kathy) can whirlwind an amazing event, with great food, fun and excitement from gaming with fellow Palladium enthusiast, to actually playing in games of the various Freelancers for current and future books that they are working on, to auctions of rare Palladium Book® artifacts as well as being able to get a chance to meet and talk to the various creators. I know Kevin has a whole host of friends including Chuck and Wayne as well as the other Freelancer writers and artists, but tons of fans who come to just help, hang out and game for the event that make this event even possible. 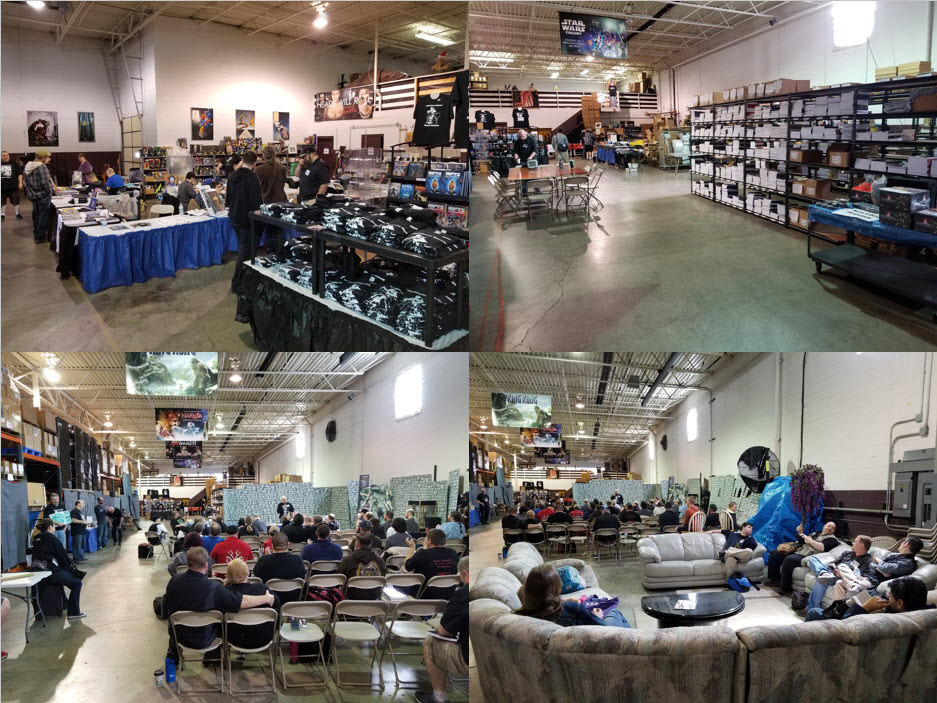 So here are the highlights of the amazing weekend.

This is our little corner of the Freelancer Table, where we were selling Chessex Dice and our very first invention, our Spiral Dice Tower. I obviously brought my kids this year, who were excited to meet the people and hang out and of course game with all the gamers, Palladium Staff and other Freelancers. Our section of the booth also became the “Cool Kids” hangout and as you can see many of the kids were inspired to draw their characters thanks to the help and encouragement of Chuck Walton and the other artists.

Most people saw Joe Bergman’s amazing Deadboy Cosplay from years ago, but few had a chance to sneak into the offices and be repelled by a Stormtrooper guarding the entrance…

Every year there is an auction, not just any old auction mind you, but a place were you can get odd and wacky Palladium merchandise and artifacts from ages past, for example one person walked away with a limited edition RIFTS jacket. But my favourite was the “Gaming Certificates”, signed by Kevin himself allowing players to gain bonuses or special abilities during their next gaming session with their GM’s back home. What Game Master would not allow such a cool (and official) token?

And of course I was pushing my books, Kevin even offered to do a Raw Preview Edition of Hardware Unlimited, but getting ready for the Open House was too much and he ran out of time to do it. Ryan McDaniel suggested that I do a petition as a fun way to promote and show the love for the upcoming book during the Open House and so the Heroes Unlimited 2: Hardware Unlimited Petition was formed. Below is Greg Spivey signing the petition.

Now, even though I was super busy running my own games, promoting my books Heroes Unlimited 2: Hardware Unlimited, Rifts: New Navy and Rifts: Independent Kingdoms and selling 3D Printed Collapsible Spiral Dice Towers and Chessex Dice I did managed to get a gaming in with Matt Moody. Now for the life of me I don’t recall the name of the adventure (Adventure on the Orient Express?) but we were on a train and had to discover who murders someone… But the adventure will be forever known as the Butter Troll Incident! You see, I drew the Butter Troll Operator character and while playing in character my son’s Ganka decided to like me and of course nearly died from the toxic skin poison secreted by the Butter Troll. Well the player beside him playing some kind of demon (and was the Ganka’s owner) also liked the Butter Troll, failed his roll and was taken down. Well the players real father (Zer0 Kay), playing a Crazy also saw this and came up and licked the Butter Troll… well the joke kept going on and I was chased by them trying to get licked during the whole game. At the end, I managed to take out the bad guy by shear luck (using my three exploding cybernetic finger grenades), but racked up the most XP because of all the people I took out/subdued when they licked me and failed their saving throws…lol!