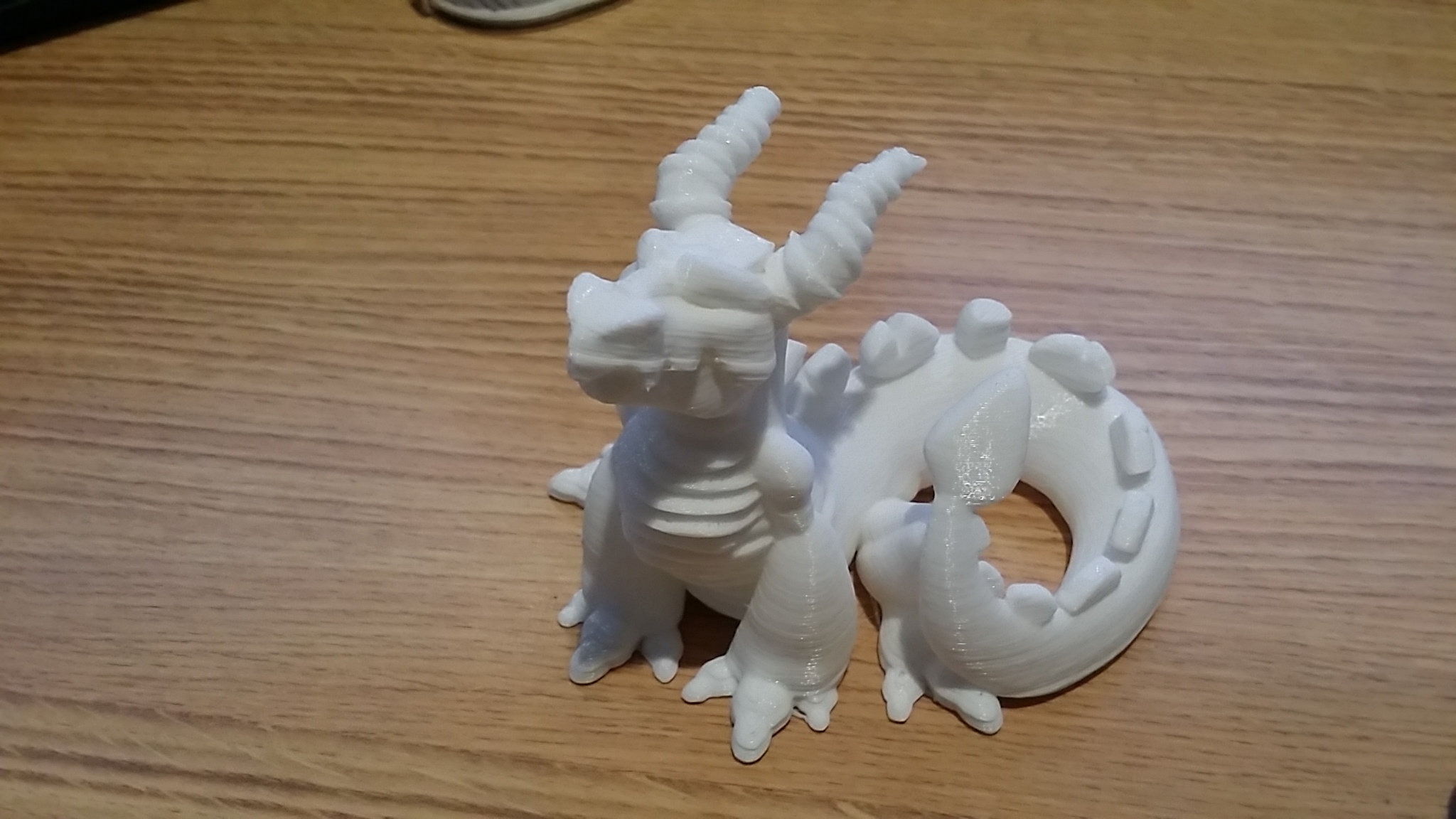 From time to time we like to post some of more interesting projects or creations so you can see what we are up to. Other times we’ll post memorable events or activities from trade shows, networking or corporate functions.

So after getting my 3D software up and running I started to play around with another model, one that had originally given me some grief. Using SoldWorks I was able to add a base to the model which helped in print a whole lot better. Initially we had some interesting problems.

First the rear legs where not level with the base plate so the printer started to print them in mid air, which cause a streamer of plastic which eventually hardened and created this weird effect who I now call my Ghost Wolf…lol 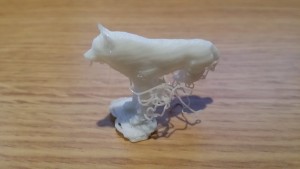 I tried again, flipping the wolf on its back and using some rafting and support bridges, but the bring material when it came off left some odd “fur” on the wolves back… 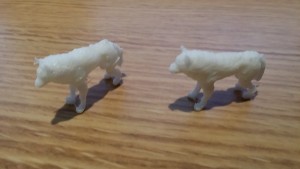 It wasn’t until I fired up SolidWorks, imported the model and added a base did things clear up and become a whole lot easier (and smoother) to print. 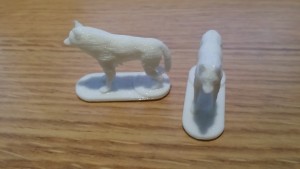 So after our visit to the Palladium Books® Open House and my discussion with a number of model builders who showed interest in our capacity to produce 3D models I made my first attempt at seeing what kind of resolution I could achieve with the 3D Printer. All of them were looking for less than a 0.1 mm thickness/resolution. The following Northern Warrior with Greatsword, by dutchmogul was found on Thingiverse as a free download was printed at 0.06 mm, slightly less than the maximum thickness/resolution. It did however take some tweaking to get the program running smoothly on the printer. It also didn’t help that my Network router seems to be getting sketchy and disconnects periodically. I ended up have to put it onto a USB Drive to print it off on the 3D printer. 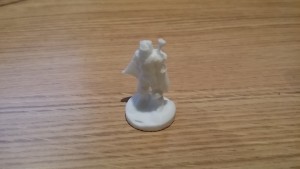 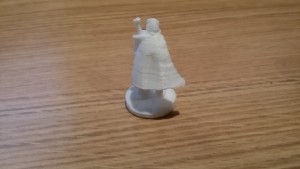 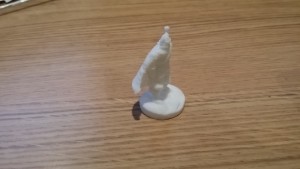 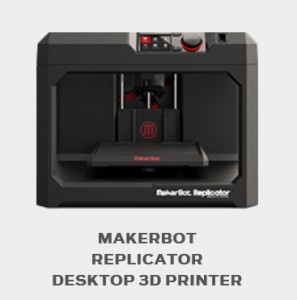 Upon opening up our Makerbot Replicator (5th Generation 3D-Printer) we had to take it for a little spin just to see what this baby could do! Downloading the free Makerbot model “Gregorian’s Pride” we were able to produce this little dragon weighing in at 40.62 g and completed in 6h 16 minutes (estimated time of 4h 59 minutes) with a 15 minute pause due to a computer reboot, I didn’t realize the data was still being transferred over from the Makerbot Desktop. Word of Advice: Transfer file to My Library then print from the My Library on the 3D-Printer not directly from computer to avoid this problem! The piece has a little “gap” line where it stopped and started again. 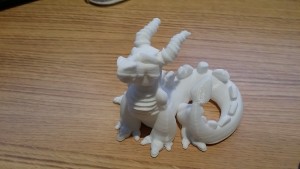 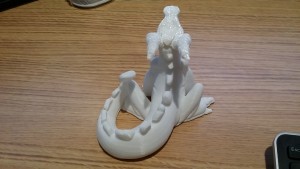