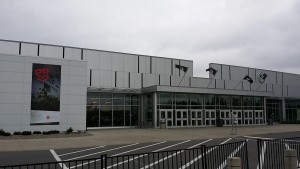 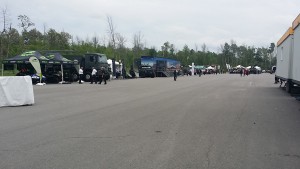 One of the nice things about working in the defence industry is getting to know the people and companies who help protect Canada. This year at CANSEC I was able to reconnect with a number of old friends and colleagues and catch up on the latest defense technologies and development of things to come. I was even able to make a bunch of new friends, contacts and see some of the really neat ideas and plans to protect Canada and our neighbouring allies.

Some of the highlights of my walk around the tradeshow  included: 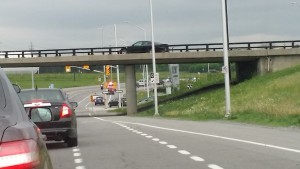 So the second day of CANSEC I was arriving on time when everything ground to a halt. I figure there must be some kind of accident with all the people rushing to get to the trade show. After about 15 minutes of sitting in the car a flood of police motorcycles came rushing through and then finally a diplomatic train of cars. I guess I got to see someone important… though I am not entirely sure who it was? 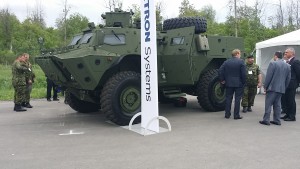 I know things have been rough for TEXTRON and their sub-contractors with all the delays. It was good to see them out at CANSEC in full force with a demo TAPV all spruced up and at the show for all to see. I hope you guys the best in sorting this out and getting everything on track again for your 2016 deliveries. 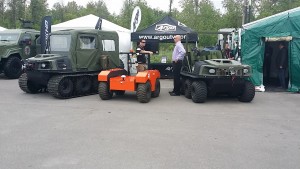 I had a great chat with the gentlemen at Argo, their multi purpose ATV are pretty awesome for civilian or defense applications and their remote controlled version had some pretty neat little features on it. 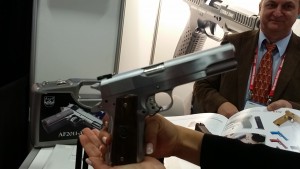 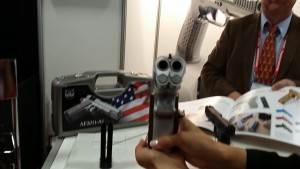 Ok I am not a woman’s fashion expert by any means however, this sweet young lady and her colleagues and I happened upon the booth at the same time and the Italian salesmen and the four of us started talking about this odd handgun he had on display. The joke was that this gun would be perfect for the young lady, it would fit nicely in her hand bag and she’d have two shots for the price of one. In the end we as a group decided she shouldn’t get it as the kickback would probably send her flying or at least clock her in the head… 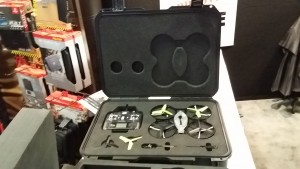 So a few years back I received this remote helicopter set as a gift, its a great toy to play with the kids, however it only runs for 6 minutes and requires 60 minutes to recharge the battery… Anyway I am checking out the Production Case Booth and find the same helicopter set used as demo for this company’s line of pre-cut foam and cases. Nigel Lever made me a pretty good offer on the foam insert cut-out as they already had it done… which I am still considering!