gdiaczyk Posted on May 4, 2016 Posted in Wildcat News

In preparation for the big day I finally put together my TK Blaster from the Force Awakens movie. It was a low res print as I wanted to see how things fit together in real life as the design was something that was given to me and not something I actually did. The printing provided me with a lot of good feedback as a number of parts did not fit (notably the scope inside its housing), its possible the tolerances were off due to the resolution, but some of them seemed really off. I also had some warping problems with some of the parts and later (much later) figured out a means to correct the problem before/during printing (see this article for more details). All in all though it gave me some good numbers to work with to start building a proper quote for anyone wishing to have one of their own! 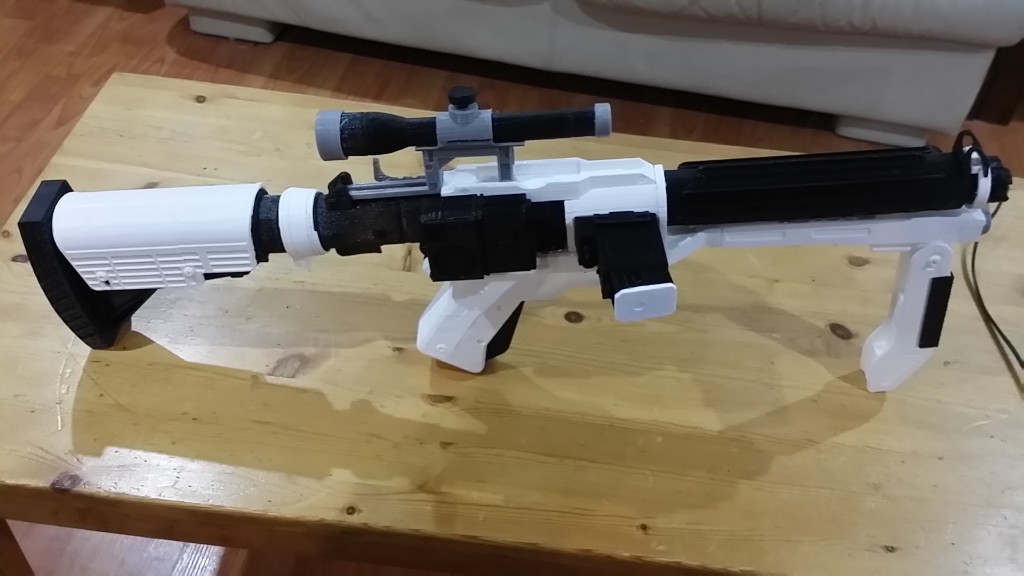